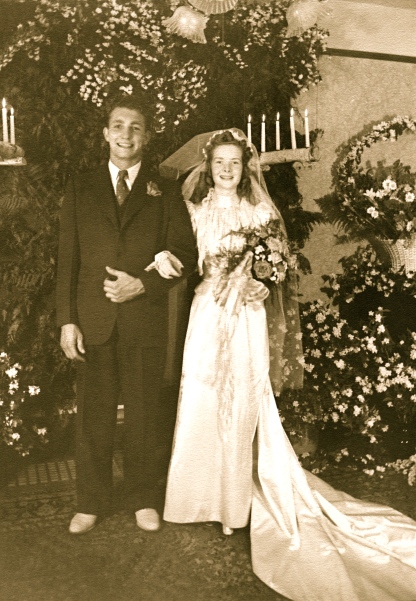 Les and Donna had lived down the street from each other in High School. Les was a football player and Donna was involved in music and tennis among various other things, she was a social cookie!

One day, while Donna was ice-skating with her beau, Les decided to pick the boy up and throw him in a snowbank and rush off with his girl. END_OF_DOCUMENT_TOKEN_TO_BE_REPLACED

Here is a man I heard about all my life but never knew.

My grandfather spent his whole life in the little village of Harbor Springs, Michigan. END_OF_DOCUMENT_TOKEN_TO_BE_REPLACED

Writing about my parents is hard because there are so many stories to tell.

Joanne and Arnold were sixteen and seventeen when they got married on the Eighteenth of September in the year 1959, in the First Presbyterian Church in Harbor Springs, Michigan.

We have her written END_OF_DOCUMENT_TOKEN_TO_BE_REPLACED 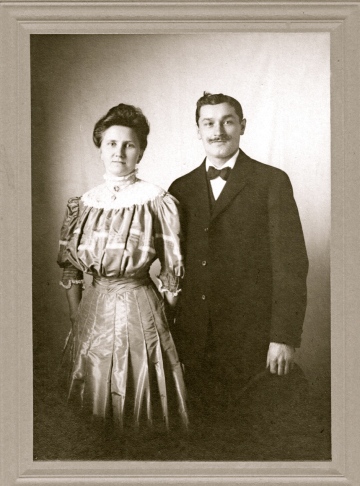 Shortly after my birth, my parents were living down in Mount Pleasant, Michigan so my father could go to college to become a High School biology teacher. In the summer they went back home to Harbor Springs, Michigan.

My mother had worked at a Fudge Shop called, “Crumps Candy” and soon my father took a job at the shop.

Dad had grown up just kitty corner from where the shop was located and having a sweet tooth himself was happy to take employment there.

Every summer thereafter our family went back to this little summer resort and Dad worked making sweet cream fudge, brittles and caramel chews. As time went by Randall Crump preferred to make mostly hand-dipped chocolates and let Dad handle the rest of the candies.

Mr. Crump was a retired Architect who wanted to make candy and had been taught the art one summer in Charlevoix, Michigan by a candymaker there.

As the years went along Dad decided to open a store of his own in Frankenmuth, Michigan. When Mr. Crump heard this idea he made Dad an offer and our small family held a council. It was decided to move full-time up north where the candy store soon became Dad’s and he changed the name to Howse’s Candy Haus.

Mr. Crump didn’t have a son and his daughters were not interested in the business. Dad lost his father when he was fourteen to cancer so he and Mr. Crump had formed a close relationship, which continued to his death.

(Dad making a batch of chocolate fudge with his son Chris, the new owner, watching)

After several years Dad decided to stop teaching and keep the store open year round.

All twelve of us kids and several family members and friends have worked at the store. Dad opened shop in Florida, Provo, Utah and Park City, Utah. Later, we opened a shop in Nauvoo, Illinois and Bethany and her husband opened a shop in Orem, Utah.

After many years and too many miles, Dad sold the Harbor Springs business to my brother Chris Howse ~ he and his family are the only family running a fudge shop today.

Tiny batches of the sweet stuff are made by many descendants today on their own little marble tables at home. The grandchildren and great grandchildren are able to enjoy a bit of the smell of chocolate melting over the stove and watch in awe as the fudge begins to take shape, knowing as they do, that samples will shortly be melting in their mouths.

Safety in the Fall
Blog at WordPress.com.
Loading Comments...