some lemons from the new Sprout store down the street.

I opened the door and right in front of me,

sitting on the dashboard of the vehicle was a puppy.

It called to me.

I wanted to reach right through the

window and take it home.

It was then that I knew, a dog was calling me.

This morning my Grand daughter woke up and wanted

to watch a movie, so we watched Elmer Fudd and Bugs Bunny.

This original Bugs looked weird to her, so we changed movies.

In the end we were both sitting on the couch,

wrapped in a blanket, crying our eyes out.

We talked about dogs

She wanted me to explain heart attacks.

Conversations flow from one thing to another

in these times, and it was then I knew:

I needed to finally write this.

I had been putting it off,

but Easter is coming, so here it is. 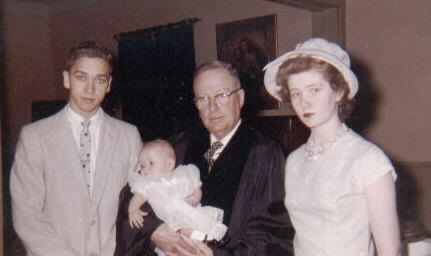 Audrey tried to explain to me that

“there is this magical time that God has for each of us.

No one knows how or where,

but everybody has one.”

Nine years ago, my mother Joanne had a massive stroke,

after years of little ones, that she had forged past to stay here.

Heart problems run on her fathers side and diabetes on the other side,

so when her magical time came, she stayed true to form,

and held out, even then, for her family.

We all drove to the hospital each day, and stayed til late

and bothered the staff and roommates with our large family.

They finally put her in her own room.

Each of us children, and our Father, have our own memories

There was no doubt from the moment we arrived,

that her magical time was near.

I recall my new sister in law, Luz, was in the room already,

The nurse started to explain again to us new arrivals,

how Mom was doing, rather gruffly.

I started to talk to Mom, to tell her where

she was, and read her nurses name to her.

I continued talking to her, hoping if she could hear us,

Other children and grandchildren arrived, and those in

far off states were called and advised of her health.

I recall holding the phone up to her ear, so a couple of them

might have a chance to say any words they

A few times she seemed to try to move her finger,

to catch our attention.

Plans and flights were arranged, and we all came

and stayed most of the days,

with Dad staying the nights.

Grandchildren who were used to climbing into bed

and sleeping next to Grandma, were still doing so,

as if nothing had changed but the room.

We had known for a while that her time was coming,

but she had always outbested God and hung on.

This time, even she could not withstand.

For me, it was as if a giant marshmallow surrounded me

each day, and so the emotions were held in check

by this soft gooeyness, that allowed me to

and go about the days.

We children had time to recall our years with Mom.

I recalled her young and vibrant and playing with us.

Others recalled an older version, where she was sick

most of their life, but still always able to plan the

holidays and vacations and birthdays,

Even if from the bed.

Mom was always planning and making sure everything

was just right. It didn’t matter if it was a birthday or a

Ward activity at Church, she always had a long list

to go along with each and every day.

She would call me up and ask if I was available

and wanted to drive across the country,

and off we would go.

Now there would be no more phone calls,

no more talking about all the wonders of this life.

Everyone started to show up Easter Sunday, and baskets of

jelly beans and malt balls were everywhere in the room.

I took Dad down to the hospital lunchroom

to try to get him to eat again, and that is when he told me.

He figured I had noticed some things missing around her,

He then told me, that he had chosen today to take her off,

because it was Easter Sunday, and he thought she would like that.

Her grandmother always had a family picnic on

the 4th of July, because her husband got so very sad on that day,

as that was the day his father had passed over.

on the day we celebrate

I am sure that at any other time, she might have picked

that very day, for that very reason, too.

But my Mother was not given to letting anyone

but herself choose her magical time

So she forged through the night.

Dad asked us to leave him to be alone with her.

In the morning, as I headed out the door to go to the hospital,

a light snow had started to come down.

By the time the car

reached Point of the Mountain,

it had become a full blown snow storm

and the radio started to play a song.

So, with tears and snow and the sun bursting

through the snow clouds,

and cars all around me,

I knew she was

When I arrived, Dad was right there, looking so very tired.

Two of my brothers were there also, and as we talked

a nurse came in to check, because he thought the

computers were saying she had left,

but she was still there.

We were all talking quietly and I looked over

and saw a small tear fall and then she really left us.

she gathered us all together

and we laughed and cried.

Now we each carry on, and go down our different paths,

but like Hachi, always on the lookout for her,

and she often can be felt closeby.

~Maybe a dog is waiting somewhere out there to find me~

or maybe he already did

my Grand daughter and I had a good time with Hachi

and discussing life and