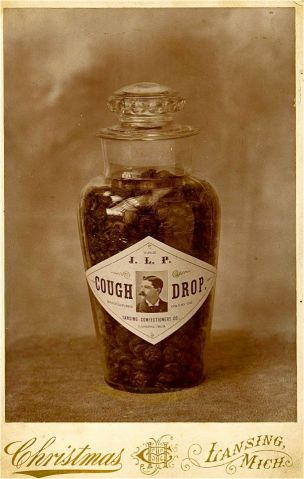 My Great Great Grandfather James Lincoln Price worked in the confectionary business and up until a few weeks ago family lore said he sold his recipe for cough drops to the Smith Brothers.

According to research my cousin Thomas Duvernay did the Smith Brothers did buy their recipe from another company,  but in 1852.

It seems worthwhile to try to pin down his life so we might find the pieces that do connect in this family history tidbit.

His obituary states, ” Taking up the confectionary business while in his youth, he became an expert, continuing in that trade until his death. He moved from Muncie to Lansing, and soon became prominent in city affairs. He was a member of the govenors guard from 1888 to 1894. From 1892 to 1895 he was general manager of the Lansing Confectionery company. In 1895 he moved to Denver, Col., and remained in that city for 13 years, moving back to Lansing in 1908. He has since lived in that city.”

Our family has a booklet that James used which says:

The Hewitt’s bought the Breon Confectionery Co. in Denver, which was founded in 1880. 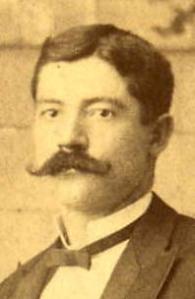 Now, it is very possible that someone in the family said that James cough drops tasted similar to the Smith Brothers.

Another possibility may be that he came upon the recipe from his wife Minnie Pearl Main’s family.

Minnie’s uncles, Burton and Fred Main owned the Main Brothers News Depot in Hastings, Michigan,  which also had a confectionery as shown here: 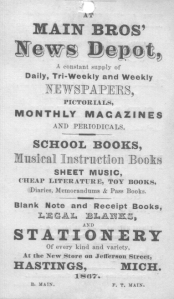 The recipe booklet that James had did use a lot of liquor in the confections and it probably had it’s place in the cough drops he sold in Lansing.

I shall return and update this post as new material develops.