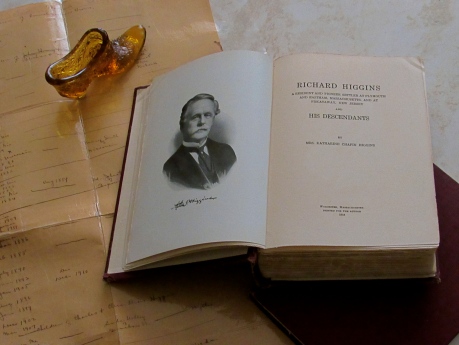 You may think it an odd title if you know me.

This is a true story of my recollection of a trip made way back in the spring of 1972.

It was coming on Easter break and mom had planned a family trip up to Grandpa Heinz’ cabin at Lake Gogebic but came into a piece of genealogical data that said one of her relatives was from Barnard, Maine. On the spur of the moment she followed a feeling and our trip soon turned toward Maine.

We traveled by way of Canada and found ourselves in Montreal on a Sunday so it was decided that is where we would go to church.

The church people in the tiny LDS church were most friendly. One family was brave and took us home to share a Sunday dinner, while another decided he would come over afterwards and help out by providing his cabin in Vermont for the night. It was a huge cabin with a ton of cots for groups of visitors in a beautiful section of woods.

We traveled on to Maine camping in a tent and dad making meals on the Coleman stove. Nothing is better on a cold crisp morning than dads corn pancakes and real maple syrup from Vermont cooked over the coleman.

My mom left her version of this story in her journal but my remembrance is slightly different so will put it here anyhow.

We arrived at the town we were looking for, Barnard, Maine and found an old cemetery and we all spread out to try to find any family stones as soon as possible. It was getting late so we needed to hurry. I remember mom with a spiral notebook where she copied the dates when we found them. The cemetery was old and not well maintained at the time. Grass was high so we had to really look close for the stones.

Here we are seemingly in the middle of nowhere at this unkempt graveyard and two quite old men come around and one asked who we are looking for. We tell him the  Higgins family, the one man who was doing all the talking said he knew a girl in school whose maiden name was Higgins and told us where she lived. We headed out in search of this lady in the town over from where we were.

Linnie Dick lived in a big old New England home that was getting rundown and needed a paint job. Mom was a bit hesitant when no one seemed to answer the door but soon she heard a tiny voice telling her to come inside.

Linnie was pretty old and not doing well healthwise and had just recently gotten out of the hospital. Her home didn’t have much furniture left as a relative was selling it off to pay bills while trying to let her stay in her home as long as possible. I remember a dining room table and her bed is all, I suppose there may have been more but my memory remains that it was pretty bare.

When mom told her she was a descendant of Elisha Higgins the sweet lady exclaimed over and over something about her long lost Uncle Elisha who went west to Minnesota.

She asked mom to bring her a piece of yellowed paper she pointed at. Mom got it and saw it was a genealogical record, hand-written, that listed all the Higgins descendants down to my mom’s grandmother Mary Louise Higgins. Linnie gave mom this record and told her of  a Higgins family book that one could find from used booksellers. 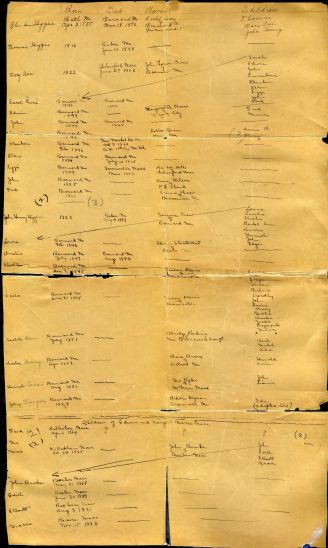 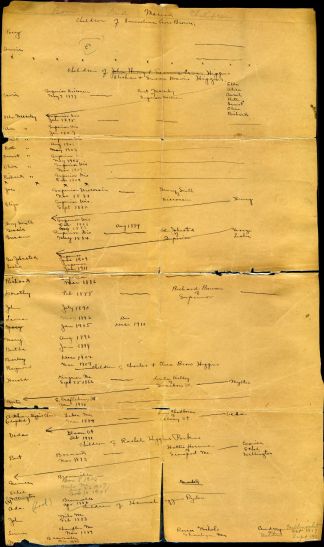 Linnie also gave mom two tin types of our grandparents, a little golden glass shoe and gave us kids some candy. Linnie was of advanced age and mom was able to write her just once after we returned home as she passed away shortly. 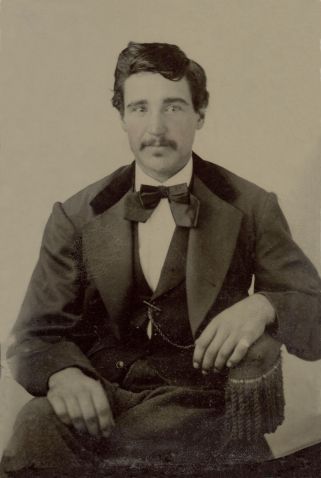 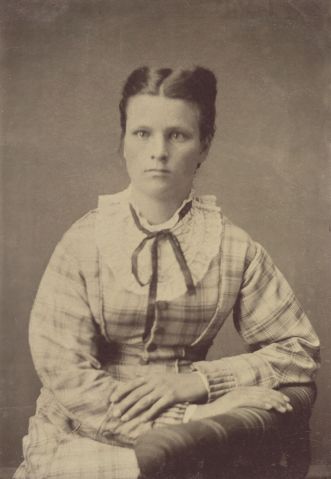 When we went home my mom told her father and he was very pleased that she cared enough about his family, so he asked around and found a copy of the book and ordered it for her, unfortunately he passed away before it arrived so her mother gave it to her, it was his last gift to her.

After the two men turned to leave us, back in the cemetery, we were standing there with  mom and dad wondering at the coincidence of the men who said they were caretakers of the cemetery, how they arrived and had the information on Linnie, who lived in another town. We looked at where they had headed and the two had disappeared. Completely disappeared.

Mom found her Higgins family lines all the way back to England because she followed the Spirit and help in many different forms was given all along the way.

We decided to see as much of New England as possible in a quick drive through.

We visited Salem, Massachusetts – i will tell that story another day.

We drove all over Boston and their crazy road system, going round in circles.

We visited Plymouth Rock and ate seafood and of course some of us got ill as we inherited our dad’s allergies to seafood but it all smelled so wonderful and we tried hard to get into the culture. In Plymouth our favorite tour was of a candle factory with wonderful aromas I can smell today when I think about it.

I have never been afraid to just take off when a whim comes to go because of my mothers ability to hear and listen to the wind as she whispers us onward to new adventures.